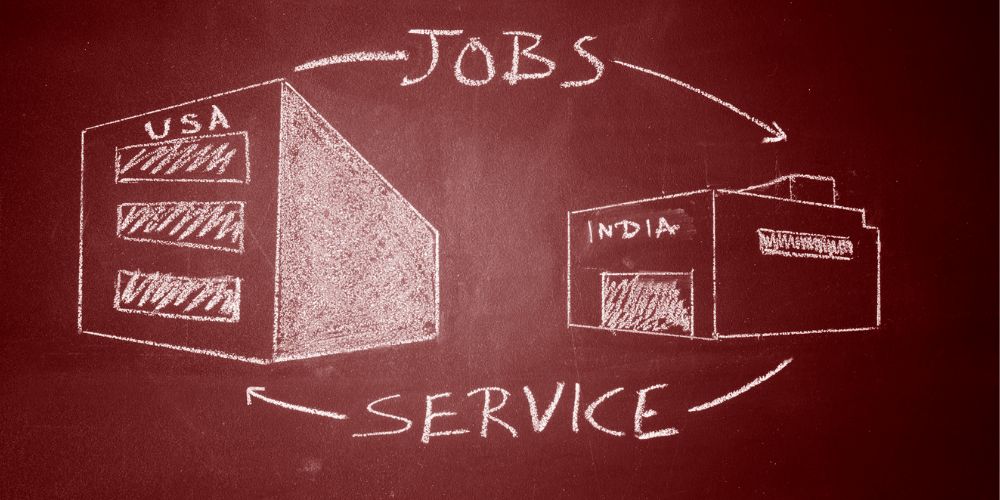 The history of outsourcing and its impact on industries

Outsourcing has been around since the industrial revolution of 1760. It’s not a surprise that the practice of outsourcing stayed all throughout the decades and how people—mainly business tycoons and executives—deal with the trends, both upward and downward, of the market.

That being said, outsourcing before correlates to heavy work, labor-wise as history dictates so. Factory workers and industrial laborers are well aware of the implications of outsourcing to their workload.

By definition, outsourcing simply means to let people outside the company do a task that an employee might not have expertise in. This realization led businesses to be more efficient in producing more products without using up monetary resources.

‘Modern’ outsourcing wasn’t conceived until the 1950s and wasn’t even considered a valid business strategy up until the 1980s. This was because of the formal term outsourcing being relatively new despite its long history.

As mentioned, outsourcing dates back to the early years of the industrial revolution. However, the impact of the booming sector lasted for years and decades to come.

A dive into the early years of outsourcing

Outsourcing goes back way farther than what was previously conceived. Historically, when the US was starting to grow its roots in the industrial setting, they would regularly outsource raw materials from India which would then be processed in Scotland. Most of these products were textiles.

During these times, the overall production would cost them less. Industries before, such as the clothing sector, would normally import raw materials and send them to an outsourcing factory where their products would be made.

The supply and demand would continue to waver but the quality of the output would be consistent. Therefore, creating a harmonious flow of production and business. The early years of outsourcing may have been run by predated mandates but it has since been changed for the better. Outsourcing, like any other business model, will always be changed to fit the culture of the companies.

Outsourcing in the 20th century

As mentioned above, outsourcing was not a legitimate business strategy up until the year 1989.

The 20th century saw a rise to a different perspective in how companies run their businesses. Instead of hiring and keeping workers in-house, they discovered that they could actually let other smaller companies do tasks that they might have little experience in.

This was done because of several reasons. One was to prevent unproductive management within the core company. They realized that sourcing people outside the company with the right competency would be a lot cheaper rather than investing training in their employees.

This would, as a result, help the upper management focus on the bigger picture. Such as what problems in the future they need to fixate on. This also indirectly led to diversification in the job market since those with niche expertise were given the chance to showcase their skills to a larger audience.

The turning point for outsourcing in the 21st century

In more recent times, outsourcing has become more prevalent than ever. With the rise of modern technology, a relatively new sector called business process outsourcing was formed.

People—career shifters—who have experience in the service industry in various companies are most likely directed to a call center agency. Fresh graduates who are looking for a stepping stone can use the BPO sector to their advantage.

The BPO industry has become one of the fastest-growing business sectors in the world. Industry experts have reported that by 2023, the sector will surpass $23 billion USD in revenue.

A form of outsourcing that does not involve handling physical products is the data-handling industry. Companies that lack resources but are looking to process vast amounts of data would generally hire companies that specialize in that particular area of work. Data handling aligns with back-office operations. Back offices exist to support the customer- and client-facing departments to ensure a smoother workflow.

In contact centers and BPO firms, every new hire is trained by the agency to cater to the concerns that a general customer has. Of course, each client and account have their own campaigns and approaches.

This is the reason why most BPO agencies have a ‘continuous learning’ mechanism in their departments.

How outsourcing can be the next best thing

The turning point that is generally considered as the point where industries start to pursue the notion of outsourcing is when it starts to explode globally. In the context of the 21st century, the most obvious answer would be the technology industry.

Apple—considered the biggest tech company in the world—immediately saw the advantages in outsourcing to different parts of the world especially China. They started outsourcing in the year 2001 with a Shanghai-based company when the demand for their product began to overwhelm them. Incidentally, this was the year when the original iPod was made.

Relating this to the points we’ve made previously, due to the production being left to be done by an outside company, Apple employees are then forced to innovate on newer products since manufacturing the actual product was now being done by another company.

That being said, there are arguments where some might argue that outsourcing could have unethical implications. Negative afflictions that mostly affect the office laborers and physical work-heavy manpower.

However, the effects of outsourcing vary from country to country. It’s hard to pinpoint the black-and-white parameters of the practice. Therefore, it’s safe to assume that outsourcing is in a morally gray area.

Outsourcing has caused immense growth within different industries. The impact of outsourcing helped companies, employees, and innovators to find their groove in their respective markets.  The practice has been embedded and ingrained through the world’s economic systems for decades. Outsourcing has brought economies up and forging lucrative career paths.

The trend of outsourcing companies seems to proliferate rather than die. Especially with the boom of globalization through technology. Since it benefits both parties, there are really no clear-cut disadvantages to it.

Unless a better system would be revolutionized, the prospect of outsourcing dying seems to be an impossibility. 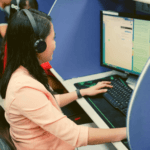 PrevAll you need to know about call center representativesApril 27, 2021
What's a reservation agent?May 11, 2021 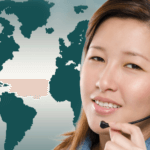